Reflecting on the IAA in Hannover

In September, I visited the IAA in Hannover, the most important transport fair in the world and the place to be to spot the important trends and the latest technologies in the field of vehicles. This year’s edition was dedicated to commercial vehicles.

In three days, I’ve crossed the entire 270.000 m2 of the fair and got to see all the stands where commercial vehicle manufactures like IVECO, Scania and Mercedes showcased their latest models. I noticed some remarkable things that strengthen my feeling that the tide for clean fuels is about to change; especially when it comes to hydrogen.

The most eye-catching feature of the fair was the amount of attention for alternative fuels. At least one third of information provided at each stand, consisted of the latest clean fuel technologies in commercial vehicles. Vehicle manufacturer IVECO went a step further and stood out from the rest with a completely diesel free stand. This shows that vehicle manufacturers are taking zero emission transport very seriously, an important milestone.

Furthermore, and obviously linked to this focus on sustainability, it was remarkable that diesel was nowhere to be mentioned. The fact that diesel wasn’t actively promoted by anyone says a lot about the image of diesel nowadays. I believe that this is an important omen for the use of diesel in the future. 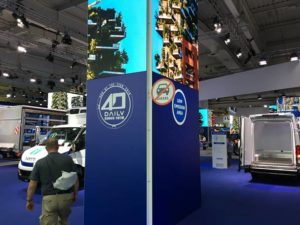 Hydrogen in the spotlight

Whereas clean fuels were promoted at the fair in general, there was special attention for hydrogen. Take Volkswagen, for example. On their stand, they chose to place a battery electric van on one side of their stand and a fuel cell electric van on the other. The latter was half open equipped with mirrors at the bottom to show the public how the hydrogen technique in the van works. I consider this to be a milestone because it shows that Volkswagen has already designed a H2 van and worked it out down to the last detail. The same goes for Mercedes where a hydrogen van was the show piece of the stand. 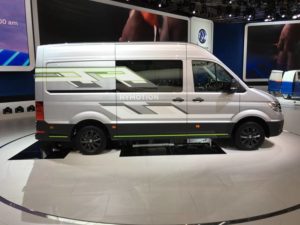 The readiness of these hydrogen vans says something about the firm belief of manufacturers in emission free transport and the role that hydrogen will play in the future for heavy duty vehicles.


At Pitpoint we have strongly believe in hydrogen as one of the main clean fuels of the future, but in order to make this happen, cooperation throughout the entire chain is pivotal. Especially because we have to break the stalemate: no stations without vehicles, no vehicles without stations. Vehicle manufacturers that show leadership by introducing hydrogen models, and companies like PitPoint that work hard to create hydrogen refuelling stations are critical to making hydrogen for mobility a success story.​

Share this:
Previous article
Banning fossil fuels more urgent than ever
Next article
Who pays the bill for CO2 reduction?