Waste management and recycling company Meerlanden in Rijsenhout, the Netherlands, uses the organic waste it collects to produce biomethane, the sustainable and ‘green’ equivalent of compressed natural gas (CNG). The biomethane is injected into the existing natural gas grid and subsequently used as fuel for Meerlanden’s own garbage collection trucks. A wonderful example of a circular economy!

Biomethane, also referred to as green gas, is produced by fermenting organic materials: from households, such as vegetable, fruit, and garden waste, in the case of Meerlanden – but also from roadside grass gathered by local government landscaping services, or animal menure coming from farms. As a result of this fermentation process biogas is released. In a gas treatment plant, the biogas is then converted into biomethane, which is then injected into the natural gas grid. At Meerlanden, around 50,000 tonnes of organic waste is fermented and then composted per year. If the installation runs optimally, Meerlanden will produce approximately 2.5 million cubic metres of biomethane annually. 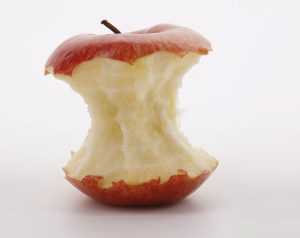 PitPoint clean fuels is co-owner of the biomethane gas treatment plant and the grid gas injection point at Meerlanden. It has also built its own fastfill biomethane filling station on the Meerlanden site. More than half of Meerlanden’s total fleet of vehicles drive on biomethane. This includes waste collection trucks, rubbish bin vehicles, regular vans and a street sweeper. Since 2016, the Dutch raw materials and energy company has been carrying out its services almost entirely climate-neutral: all vehicles (except the most heavy duty transport vehicles) run on biomethane.

Busy during the day? Timefill at night

In 2018, PitPoint has also installed a timefill installation on the Meerlanden site. This solution was devised because the number of vehicles driving on the biomethane site had grown considerably. To the extent that it was no longer operationally suitable to fill up the waste collection roster at one filling station with two parking spaces. With the timefill installation, 14 CNG vehicles can be connected at the end of the day and filled with biomethane at night. This process ensures that employees can start work immediately with a full tank and that the pressure on the fast-fill filling station decreases. This filling station remains operational for vehicles that want to fill up during the day. Meerlanden is therefore not only climate neutral, but also pragmatic.