PitPoint has opened Europe’s first shore-to-ship Liquefied Natural Gas (LNG) bunker station for inland shipping at the Niehler Hafen in Cologne. The opening of this station represents a concrete step towards facilitating clean maritime transport. The new LNG bunker station is part of PitPoint.LNG’s plans to develop a European LNG infrastructure for heavy-duty transport by road and water and is co-financed by the European Union. The LNG bunker station is located in the Niehler Hafen in Cologne (Am Molenkopf 17).

Want to know more about LNG as a clean fuel for inland shipping or this bunker station?
Feel free to contact Jan Willem Drijver for more information: janwillem.drijver@pitpoint.nl 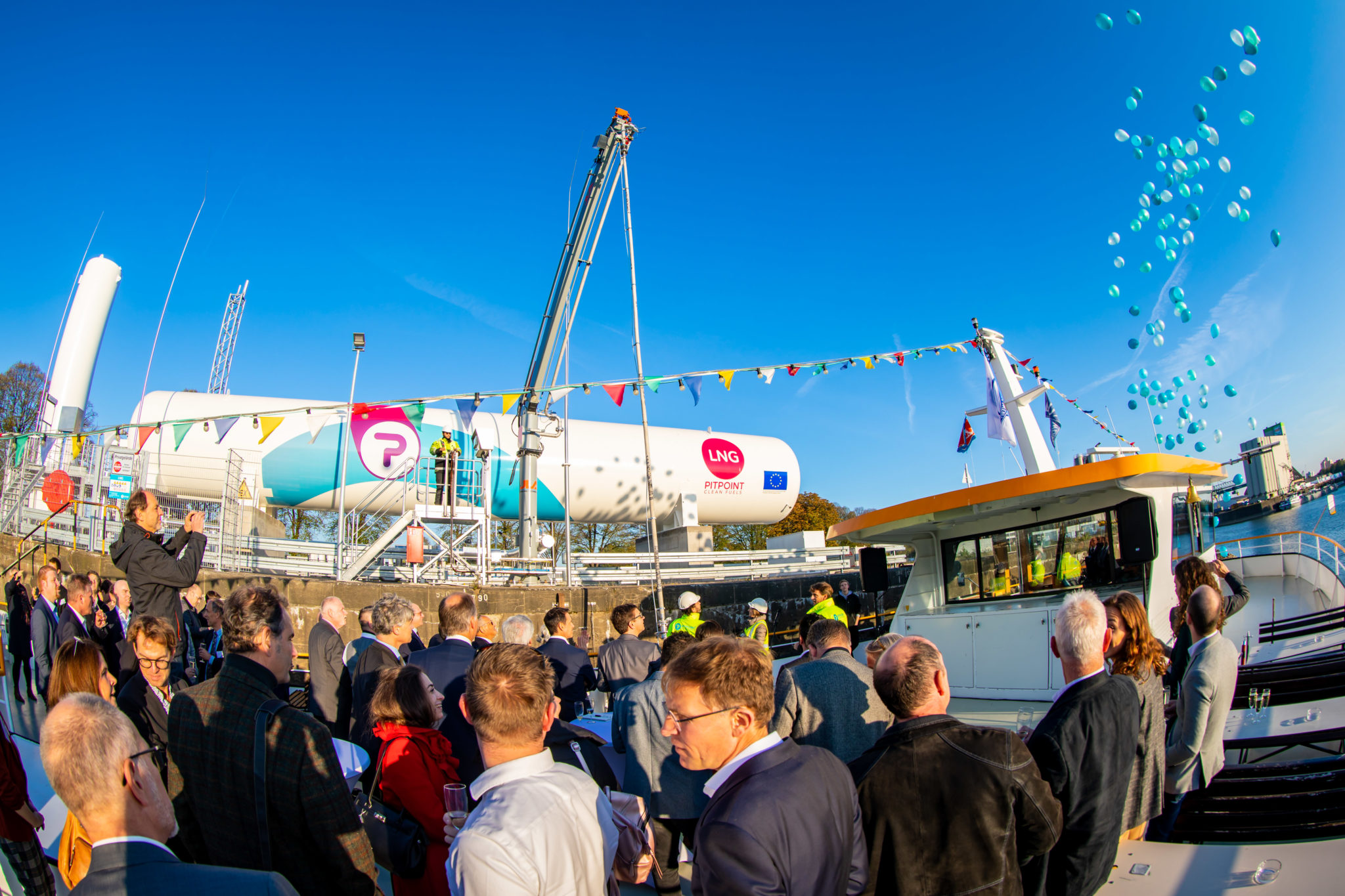 Our LNG tank, which has a capacity up to 200 m³ , has been succesfully filled with LNG for the first time by our partner Prima LNG. The driver of Jongeneel Transport sent us this great picture!

Construction goes according to plan!

Almost everything is in place! 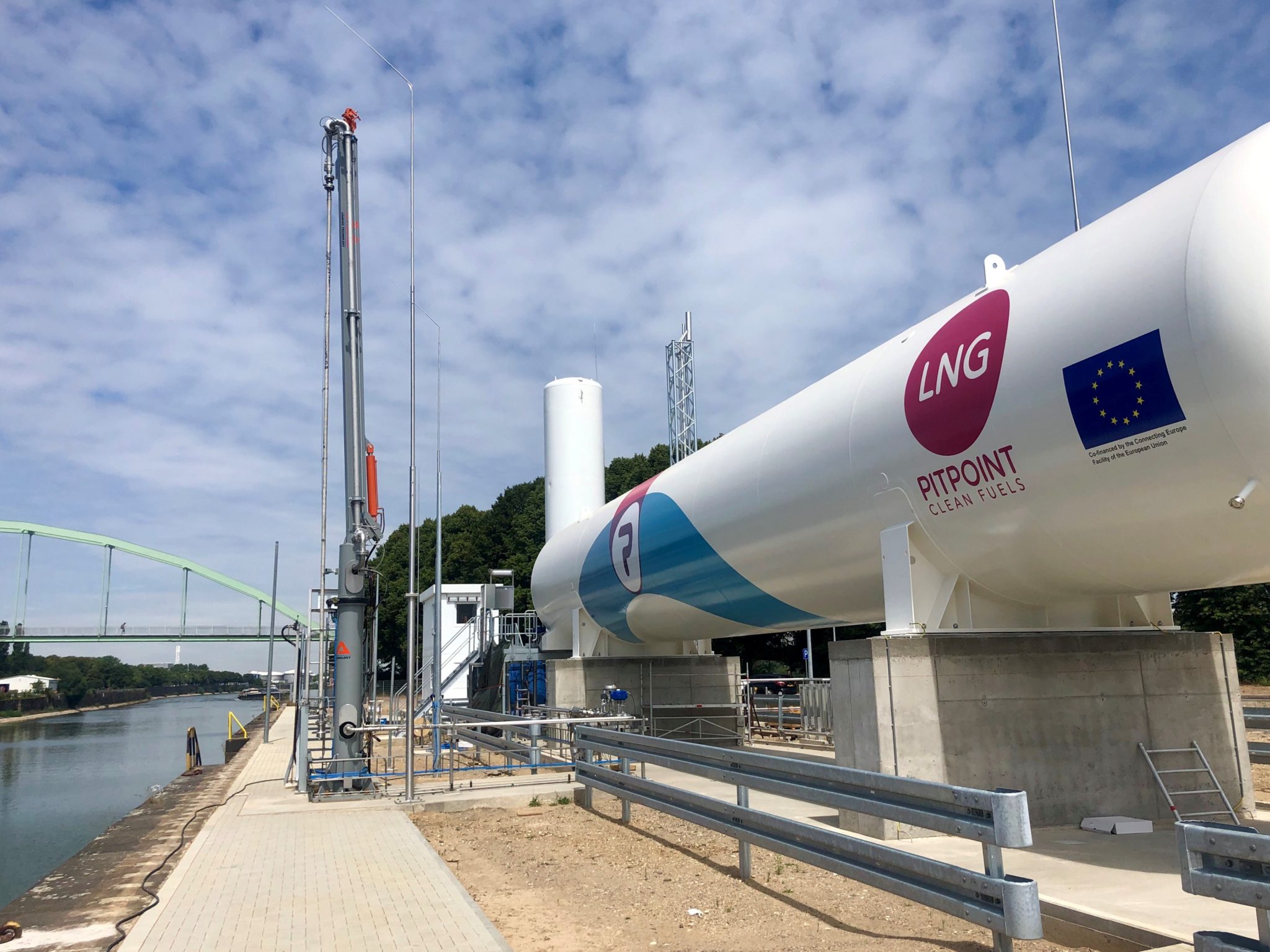 The transport with the LNG tank arrived safely! The tank was installed immediately. Hats off to everyone who has contributed to this! 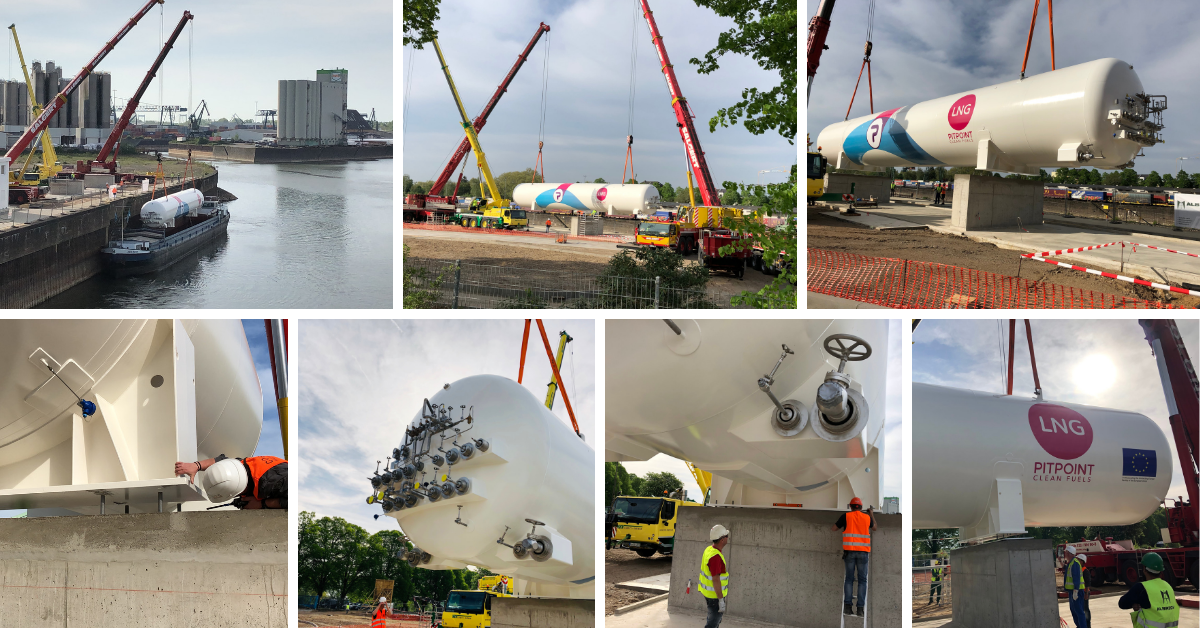 LNG tank is ready for transport

The 20 meters (!) LNG tank for the first LNG bunker station in Europe (in Cologne) is ready for transport! With the scheduled opening in september 2019, we’re taking an important step towards making LNG available to inland shipping as a clean fuel option. 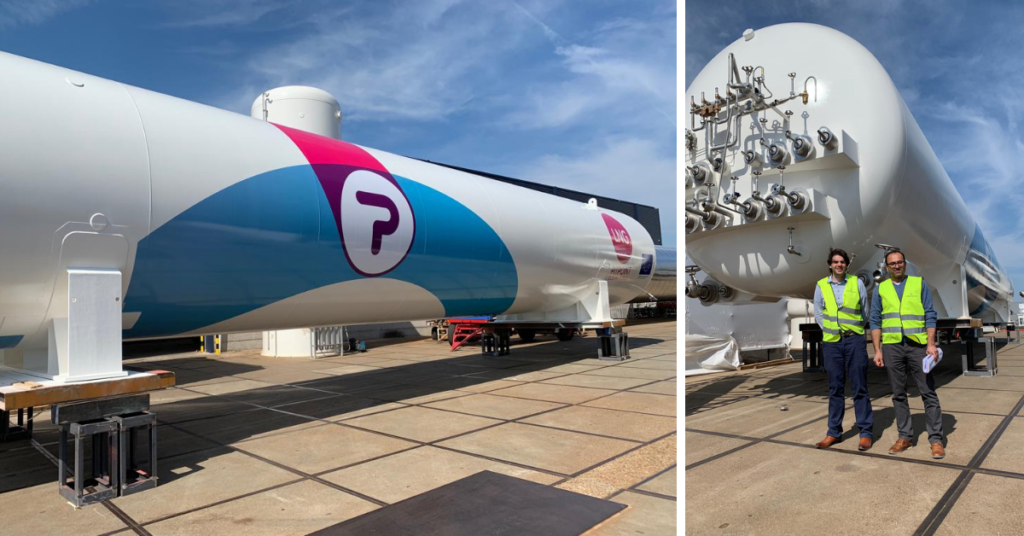 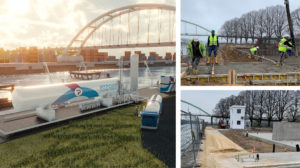 The construction of Europe’s first permanent bunker station for liquefied natural gas (LNG) is in full swing. The LNG bunker station will be realised along the busiest waterway in Europe, the Rhine, in the port of Cologne (Am Molenkopf 17). With the scheduled opening in June 2019, initiator PitPoint.LNG is taking an important step towards making LNG available to inland shipping as a clean fuel option. 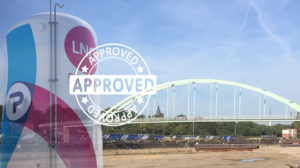 PitPoint.LNG received the official permit for the construction of Europe’s first shore-to-ship bunkering station for liquefied natural gas (LNG) in the Port of Cologne. With this important milestone now in place, the civil engineering work can start for the LNG bunkering station, which is scheduled to be operational by the second quarter of 2019.