PitPoint has opened its first LNG refuelling station in Belgium

Together with Total, PitPoint has opened its first LNG refuelling station for trucks in Belgium. The station is located in Rekkem, near the French border. Together with the previously opened PitPoint LNG stations at logistical hubs in the Netherlands, this location represents a concrete step towards the realisation of an international covering LNG network in north-west Europe. 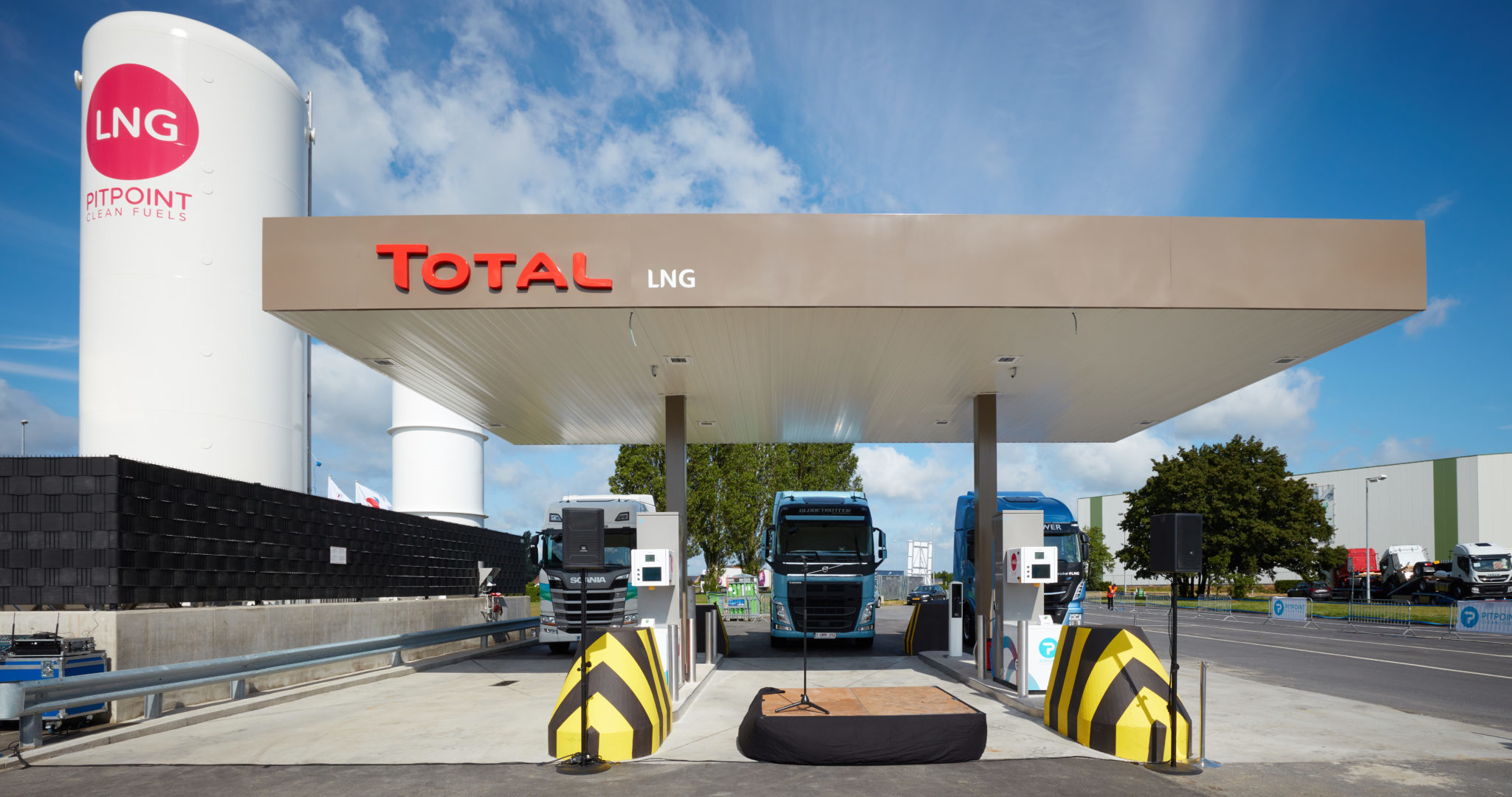 The new LNG refuelling station adjoins an existing Total station at the LAR transport centre at Rijksweg 746 in Rekkem (Menen), close to the E17/A14 motorway that connects Kortrijk and Lille. As a result, the station has a favourable location for transport movements along the Benelux thoroughfare. And that is good news for transporters who have already made the switch to vehicles that run on LNG (Liquefied Natural Gas).

We are eager to do our part to make transport more environmentally friendly. That’s why we’ve chosen to use the alternative fuel LNG. Our LNG trucks are now on the road 24/7. Because the number of LNG stations out there is still rather small, this can be a bit of a puzzle at times. That’s why we’re extremely pleased with PitPoint’s new LNG station, which is situated precisely along our route. Hopefully, a larger LNG network – in combination with the government’s zero-duty scheme – will inspire other transport companies to follow suit. This will enable us all to work towards a greener transport sector, together! Dieter Vanoverberghe, business manager at DVM Trans

The new station will operate 24/7 and is equipped with two LNG pumps and three staging areas for trucks that run on LNG. Via its subsidiary PitPoint, Total has incorporated its latest innovations into this new LNG station: extra-cold LNG specifically for Volvo trucks and digital dispenser display with fuelling instructions in 11 different languages especially for the international hauliers who will come through this station. Everything is installed under an awning to protect drivers from the elements while they refuel. The Total station adjoining the new PitPoint LNG station already features a restaurant and parking facility. As a result, the station is now a full-service stopover for drivers of LNG-fuelled vehicles as well. 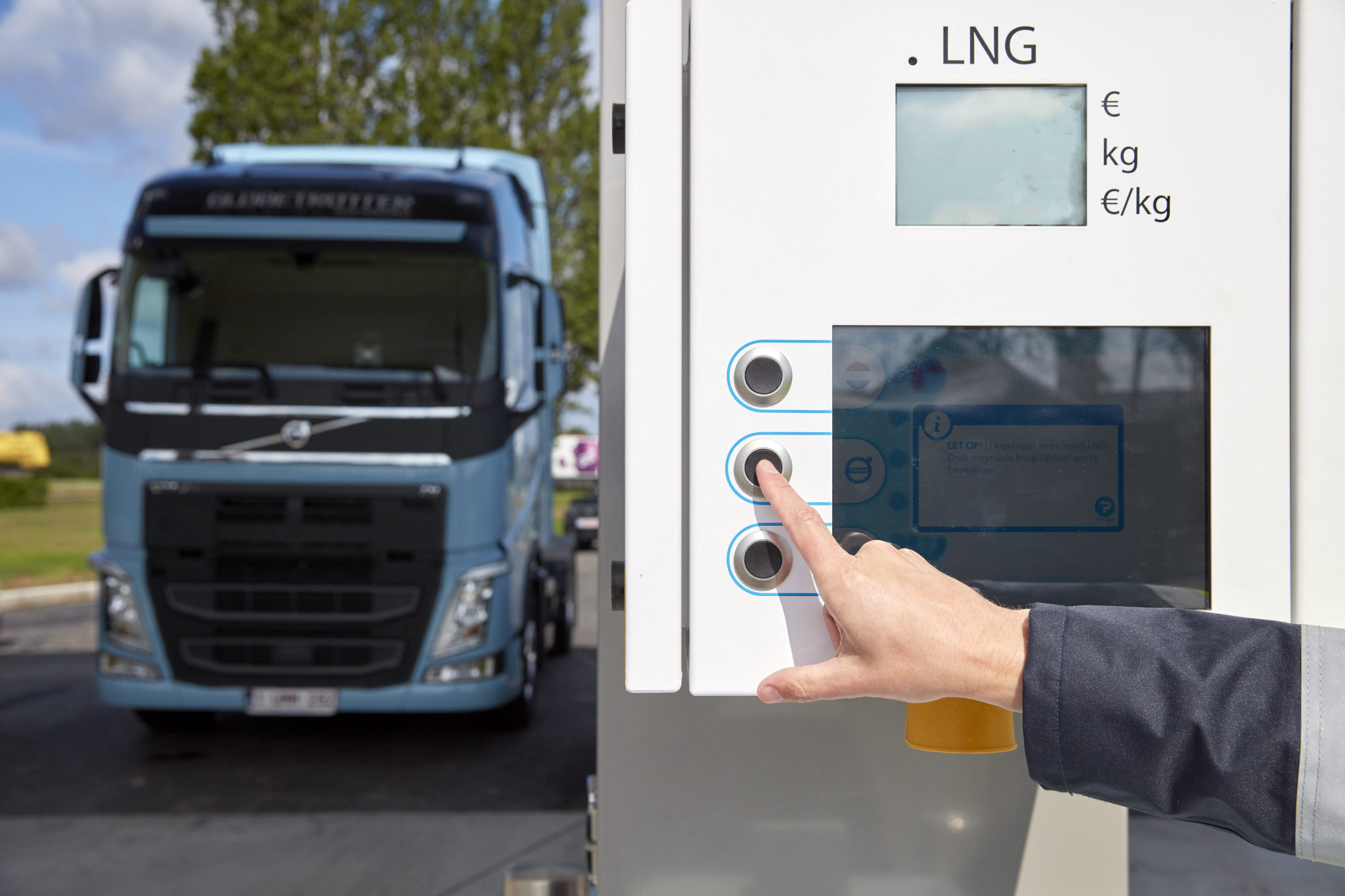 More and more transporters are trading in their diesel trucks for trucks that run on LNG. As a matter of fact, LNG is an immediate alternative fuel to Diesel with a limited environmental impact : it complies with the strictest standards and city emissions targets. LNG allows for a Well-to-Wheel Greenhouse Gas emissions reduction of 6% to 15%*, with a potential for even further reduction when incorporating bioLNG. Using LNG to fuel vehicles also reduces noise by 50% and offers a financial advantage over diesel thanks to the continually decreasing fuel costs in combination with the zero-duty scheme in effect in Belgium.

(*) Source: NGVA-Thinkstep Study on Greenhouse Gas Intensity of Natural Gas, 2017. Assessed case was a 40 t tractor-trailer combination in long-haul use with 75% payload.

Transporters who would like to know more about LNG fuelled vehicles or are interested in using this new station can contact PitPoint’s Koen Martens via koen.martens@pitpoint.eu.