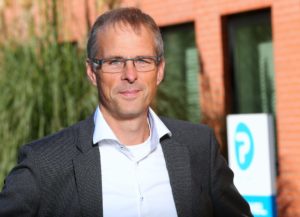 Shipping is generally seen as a relatively environmentally friendly form of transport. It is, however, not as harmless as it appears. This is true for inland shipping in particular. Traditional vessels that run on fossil fuels emit high concentrations of air-polluting chemicals. Large amounts of nitrogen oxides (NOx) and particulate matter (PM) pollute local air and have a strong negative effect on the health of people living in proximity of inland waterways. In this article, I will provide an overview of the various options to decrease the negative impact of inland shipping on the environment and public health, based on my 20 years of experience in setting up infrastructures for sustainable fuels at PitPoint.

The polluting nature of the shipping industry mainly results from the lack of innovation to solve the causes of pollution as this can require high investment costs. Because vessels have an average lifespan of about 25 years, the applied technology is often not modernised, and this is holding back the developments needed to make a change.

In spite of the negative impact on the local air quality, shipping has been shielded from emission mitigation measures, unlike other transport modalities and industries such as trucks, and buses. This is, however, about to change. The new European Non Road Mobile Machinery Directive (NRMM) provides strict NOx and particle emission regulation for vessels as from 2020.

Even though the investment costs are relatively high, the negative impact on local air quality and the future emission regulations are putting pressure on the shipping industry to act now. But what options are available to reduce the negative impact? An obvious choice is to install an after-treatment system (ATS) on vessels to reduce the impact of polluting emissions. An ATS means an investment in equipment and the additional investments for an after-treatment increase the operational costs. This will have a negative effect on the profitability of the shipowner.

A more viable option to improve local air quality is the use of alternative marine fuels. For other transport modalities, the actual impact of alternative fuels on air quality is already impressive. In the Dutch city of Haarlem, for example, the local air quality improved (NO2 emissions) by more than 50 percent due to the decision by the municipality to use public transport busses that are powered by biogas. This same improvement is possible for the shipping industry.

There are number alternative fuel solutions suitable for inland vessels that will reduce NOx and particle emissions. One option is to use electricity for propulsion. With so-called hybrid systems, the electricity is produced onboard by a diesel powered generator. Hybrid propulsion sounds promising but in fact it does not reduce harmful emissions. Even though the use of electricity is not polluting, the production of electricity can (and in most cases still does) produce harmful emissions. Operating in full electric mode with batteries can also create operational issues due to the limited range of the currently available batteries.

To extend the range of electric propulsion, hydrogen can be used in combination with a fuel cell to produce electricity onboard. However, the use of hydrogen as a fuel is still in the development phase and it is not commercially available for widespread use. Moreover, like electricity, hydrogen is considered a zero-emission fuel, but > 99 percent of the time hydrogen is produced from fossil sources and therefore emits harmful substances.

An alternative fuel that has an overall positive impact in decreasing emissions is Liquefied Natural Gas (LNG). LNG reduces NOx by 90 percent and particulate emissions by 95 percent. At present, LNG is still a fossil fuel, but in the future the transition towards the use of sustainable Bio LNG can be achieved. Another positive aspect of LNG is that it is being increasingly widely used as a marine fuel. Although investments are needed to install LNG-powered propulsion, this will be recouped over time because the price of LNG is stable and lower than diesel. This is due to the fact that LNG is available around the globe and available for at least a further 200-300 years, whereas diesel availability is finite.

Recent developments also show that the infrastructure for the delivery of LNG fuel is being created for inland shipping as well as for sea going vessels.

In the Netherlands, for example, the Port of Rotterdam and PitPoint.LNG have signed a letter of intent for the development of a bunkering station for LNG and other cleaner fuels at Krabbegors/Duivelseiland in Dordrecht Inland Seaport. While in Germany, PitPoint.LNG has begun the construction of the country’s first LNG bunkering station in Cologne harbour. The new facility will bunker inland dual-fuel barges chartered by Shell Western LNG B.V.

In July this year, the Texelstroom, a dualfuelled hybrid Ro-Pax ferry operated by Dutch shipping firm TESO, also began running on compressed natural gas (CNG) on a route between the Dutch port of Den Helder and the island of Texel – and she has the capability to run on biomethane in the future.

In 2016, Antwerp Port Authority also made a move to boost its ‘green port’ credentials with the signing of a 30-year concession agreement with the ENGIE energy group to develop an Alternative Energy Hub.

It can be the perception of a shipowner that it is risky to invest in ships that run on alternative fuels. The various specifications of such fuels, such as quality, the type of supply installations used and the necessary risk mitigation procedures required, also need to be harmonised to allow for widespread use.

In the Netherlands, the first steps have already been taken in the field of standardisation for LNG. There is already a Dutch procedure for bunkering in place that has been taken up by the International Association of Ports and Harbors. The same procedure is applicable to LNG bunkering stations, and this has also been converted into an international standard.

Now is the time for the shipping industry to act and reduce harmful NOx and particle emissions. Various stakeholders should take ownership and consider the following issues:

If you have any questions or comments in response to this article, please do not hesitate to contact me by email at erik.buthker@pitpoint.nl.

This bylined feature article was first published in the December/January 2017/18 edition of Bunkerspot magazine and is also available in a digital version on www.bunkerspot.com.