Today PitPoint opens Europe’s first shore-to-ship Liquefied Natural Gas (LNG) bunker station for inland shipping at the Niehler Hafen in Cologne. The opening of this station represents a concrete step towards facilitating clean maritime transport. The new LNG bunker station is part of PitPoint.LNG’s plans to develop a European LNG infrastructure for heavy-duty transport by road and water and is co-financed by the European Union. The strategic location of the station between Basel and Rotterdam and good access to the location were the main reasons for choosing the Port of Cologne. 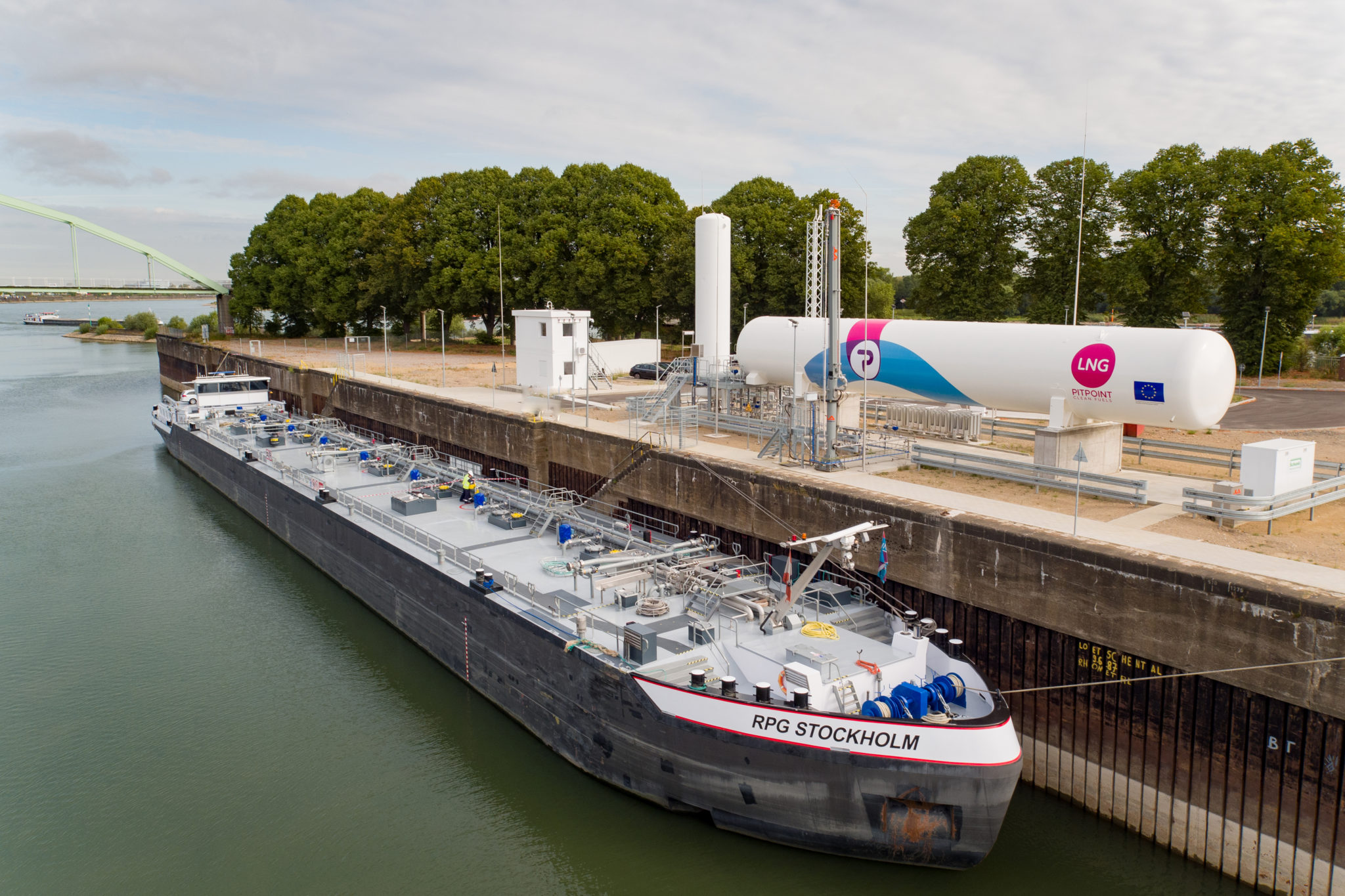 LNG is the cleanest fuel currently available for (heavy-duty) maritime transport. The biggest benefit of using LNG lies in the reduced emission of fine particulates and NOₓ. Based on current European emission standards (CCNR II), LNG-fuelled engines produce 20% less CO₂, at least 80% less NOₓ and more than 99% less fine particulates than diesel-powered engines. The significant reduction in these harmful substances will have a direct positive impact on air quality. LNG is also seen as a transition fuel and as a step towards even cleaner and CO2-neutral bio-LNG.

We are very proud to welcome Europe’s first permanent LNG bunker station at our port in Cologne. This is another building block in our approach to focus on sustainable and environmentally friendly transport. LNG is known to be a reliable and clean alternative fuel, which helps reduce pollutant emissions in particular. That is why we see the use of LNG as an important step towards a sustainable future for logistics Jan Sönke Eckel and Wolfgang Birlin, Managing Directors of port operator RheinCargo

The opening of the LNG bunker station is an important step forward for transport by water. LNG meets the most stringent emission standards and makes cleaner transport possible. The bunker station is the result of a supply chain collaboration. Together with shippers, port companies, shipping companies, transport companies and support of the European Union, we have worked hard to make European inland shipping more sustainable. Our goal? Harness LNG to pave the way for 100% clean transport by 2030.

This publication reflects the opinion of the author only. The European Union is not responsible for any use that may be made of the information contained therein.